Foreign students have been coming to the U.S. for college degrees for many years, and this year number approximately 764,000 students. And while there has been an increase of 200,000 foreign students in the past six years alone – 160,000 of those are from China – many ask if it is good news for the U.S.

State spending on higher education is down 28% in the past five years. But foreign students almost always pay full tuition and fees. They open bank accounts and spend money at Walmart, Best Buy and Starbucks. And that is good news for cash-strapped universities and colleges, as well as the economy in general. 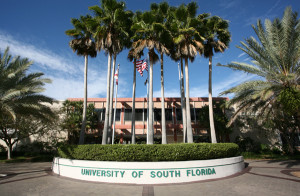 Individuals come to the U.S. to study under the F (student visa), J (exchange visa) or M (vocational visa) visas. Their duration of stay is generally the length of their academic program, such as four years for a bachelors degree.

Students who have F-1 or M-1 visas can only attend academic or vocational schools that have been designated by the Dept. of Homeland Security. These schools are authorized to issue the appropriate documentation to the student.

While attending school, foreign students can work up to 20 hours per week on campus in certain positions, and full time during vacation periods. Curricular practical training is available to F-1 students who have been enrolled for at least 9 months, which can be waived for graduate students.

If a foreign student has an unforseen change in financial circumstances, he or she can ask permission to work off campus for a maximum of 20 hours per week after her first year of school. They can also change their courses of study without formal permission.

Additionally, foreign students are allowed to transfer to another college or university by following a certain procedure. Students can also get permission to work in optional practical training (OPT) after graduation for 12 to 18 months.

So why has there been such an increase in foreign students from China? Many in China apparently believe that a degree from an American university carries more weight than one from China. Further, there has been a dramatic increase in the Chinese middle class, along with a corresponding ability to pay expensive out of state tuition and fees.

But perhaps equally important is “Gaokao.” Gaokao, or “high test,” is somewhat similar to the SAT given to high school students here. But Gaokao lasts for 9 hours over 2 days with an 800 word essay, and has become somewhat dreaded in China. Gaokao determines which college a young Chinese student can attend, or if he or she can attend college at all.

Potential college students from China can skip Gaokao and study at a U.S. university, and our universities are welcoming them at a record pace.

So is the increase in foreign students coming to this country good for the U.S.? Absolutely. It is not only a good thing for our economy, but a valuable addition to our academic institutions and our culture as well.