Frequently I get asked about children and citizenship, and the question is usually whether children automatically become citizens when one or both parents become naturalized citizens. 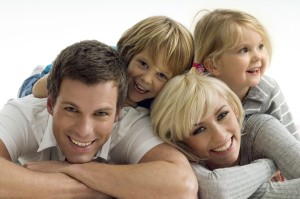 First, if you give birth to any child in the U.S., that child is a U.S. citizen.  Period. This includes Guam, the Northern Mariana Islands, Puerto Rico, and the Virgin Islands.This is true whether you are a citizen or not.

If you become a citizen through naturalization, your existing children can become citizens, a process called derivation, if the following criteria are met:

It doesn’t matter if the other parent is a U.S. citizen or not.

Adopted children can also derive citizenship in this manner.  The child must have been adopted before the age of 16, or be an orphan, and lived with you in your legal custody for at least two years.

But how do you prove your child is a citizen?  Get a Certificate of Citizenship for your child by filing Form N-600 with USCIS.  It will save problems at some point down the road when your child needs to prove that he or she is a U.S. citizen.